The play "Katzelmacher", which means "Trouble Maker", but is also a more than derogatory term for someone who comes to a country as a stranger and seems to have nothing else on his mind but to produce children here - just like a permanently rolling cat - naturally reflects the point of view of those who believe that the stranger takes away all their jobs from outside, rapes women, destroys their familiar culture and home. This play by Rainer Werner Fassbinder is still the recurring theme worldwide, even 40 years after the drama appeared. Fassbinder succeeded in conceiving an everyday story in an almost monotonous manner that seems more topical than ever. And one does not only have to look at Europe. In my staging I was able to transfer many of the fears, prejudices and harassments of the characters to Indian society. Not only that the foreigner, the guest worker, stirs up the fear that he would take away the work of the old-established people, a very great aggression comes to light as soon as one of the women suddenly becomes interested in the foreigner. With his emergence, one’s own shortcomings, which turn into hatred, aggression and brutal violence, reveal themselves behind the petty bourgeois masks. The stairs and steps also stand for this as metaphors and symbols for the often-hopeless situations in which the figures find themselves. In order to immerse myself deeper into the psychological abysses of the characters, I developed a new play from the script of the same name and the theatre version, which has not yet been performed in this form and will thus have its world premiere in the NSD. With the installation of two journalists, themes such as xenophobia, domestic violence and homosexuality are portrayed as the media voices that relentlessly, but relying on facts, are used as a kind of enlightening function and run like a red thread through the play. In the intermedia staging, theatre, film, dance and music mix and reveal the states of the characters again and again.

Ultimately, everyone must recognize for themselves how tolerant they really are. Racism, contempt, disregard and violation of human dignity is and remains a human flaw. No matter in which nation.

Brochure of the play "Katzelmacher" 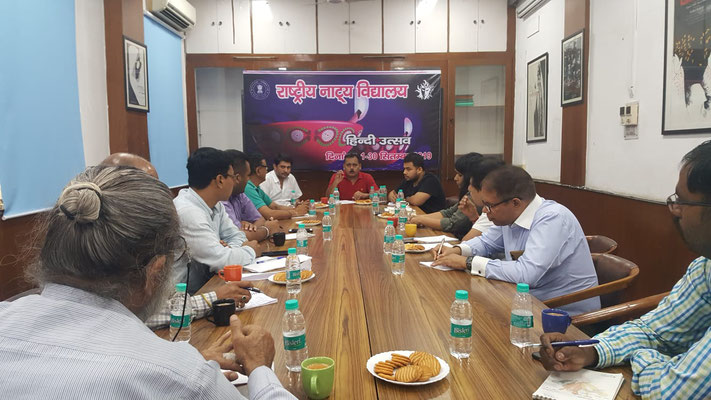 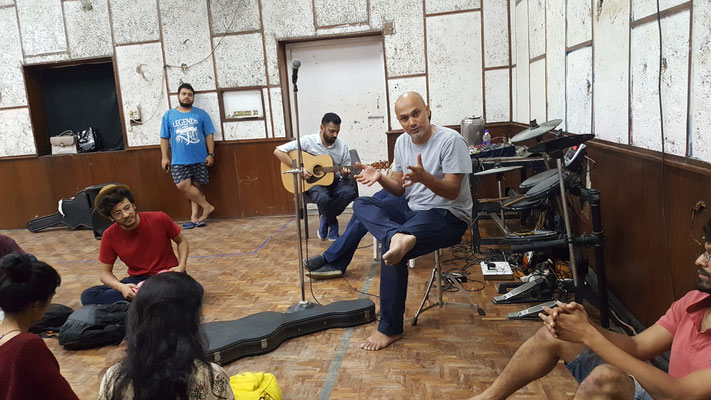 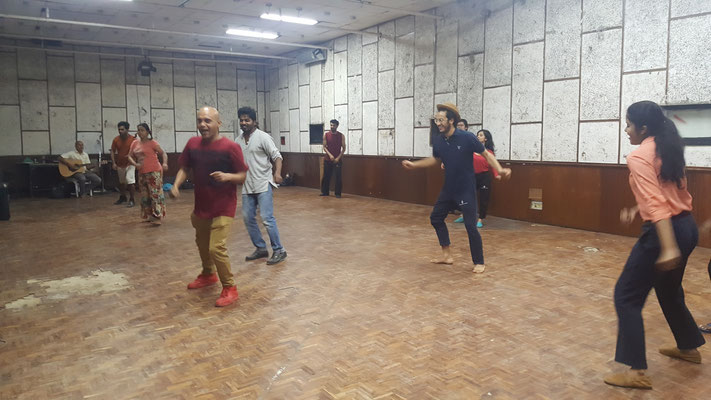 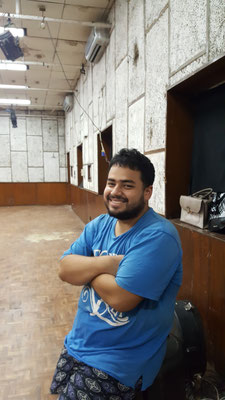 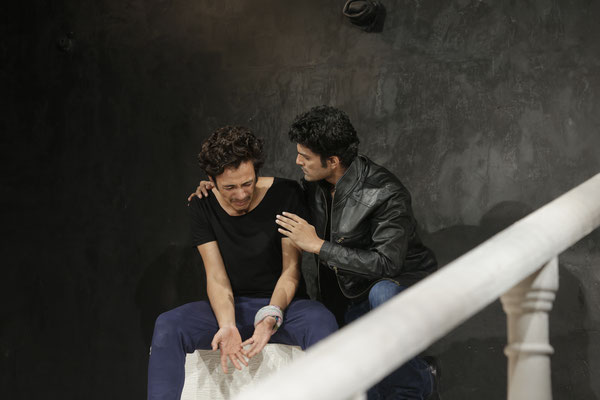 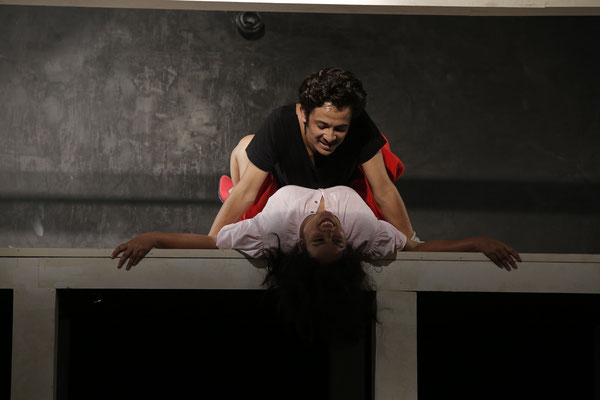 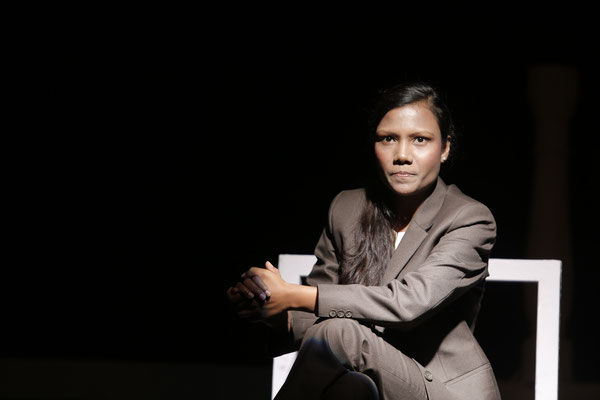 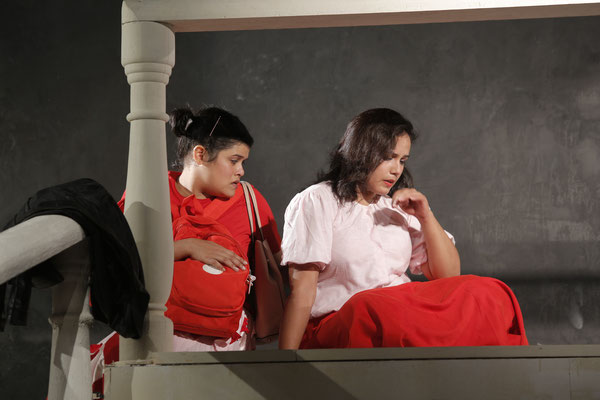 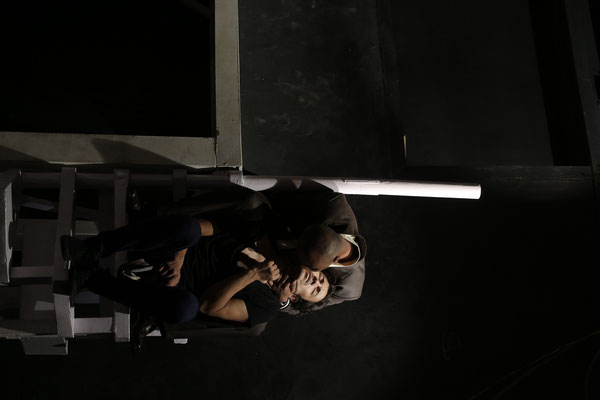 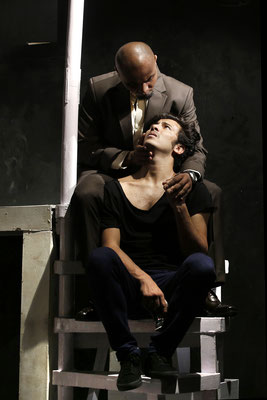 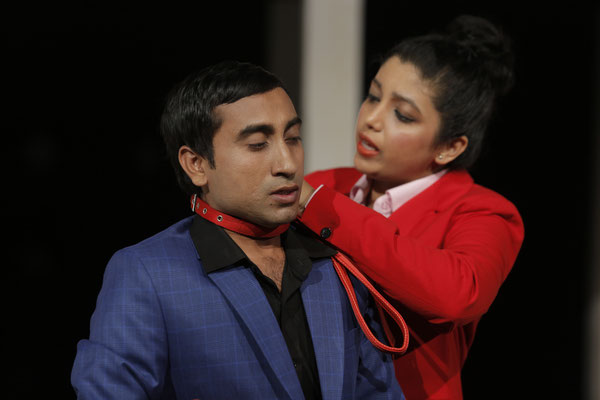 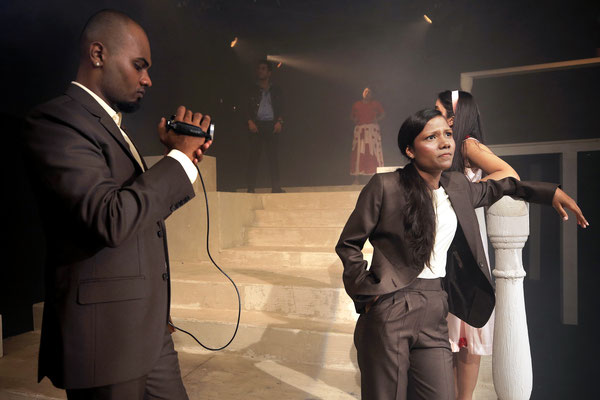 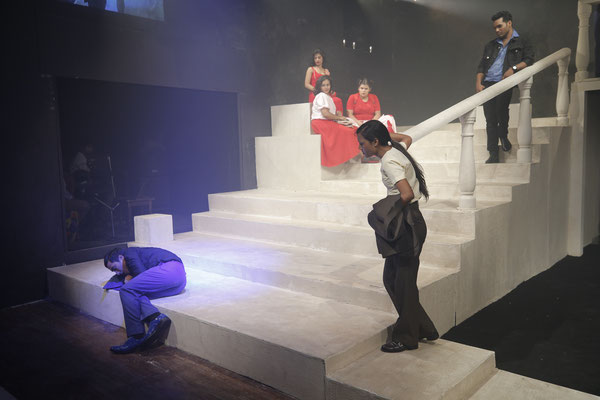 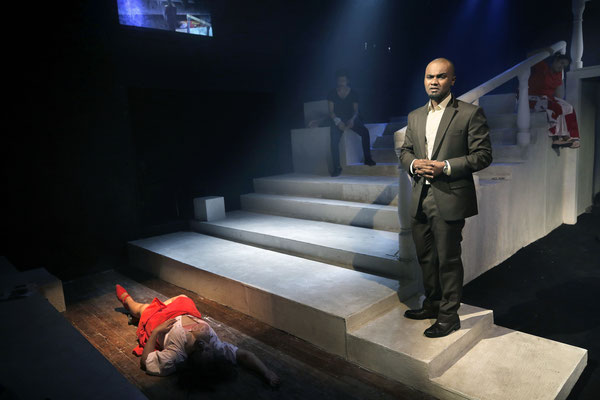 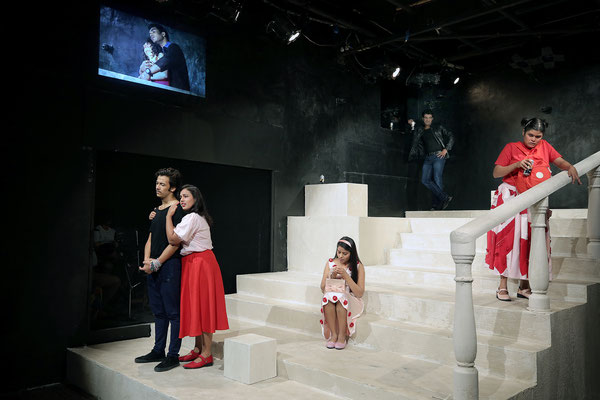 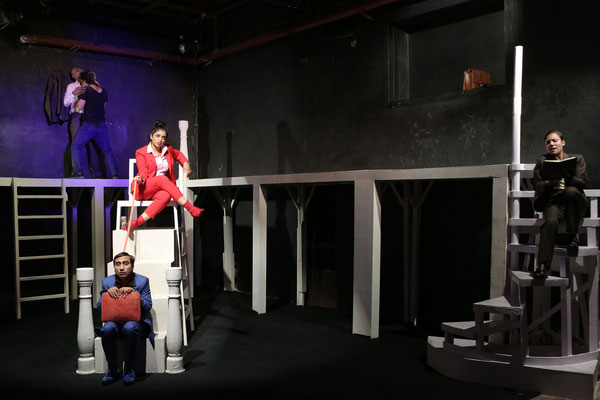 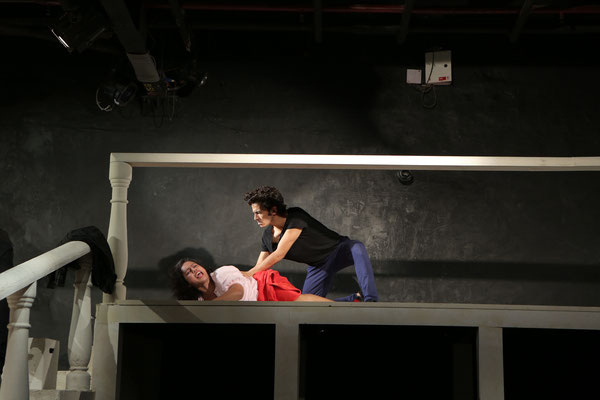 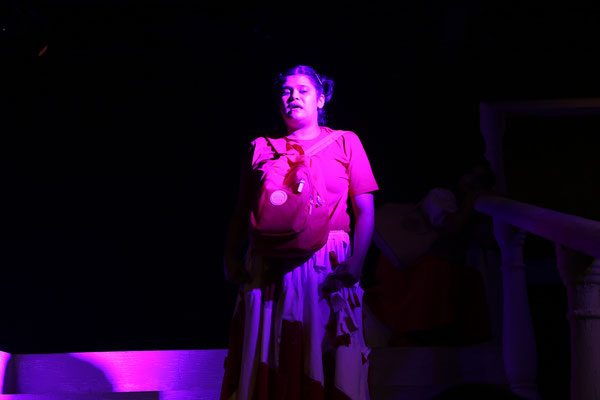 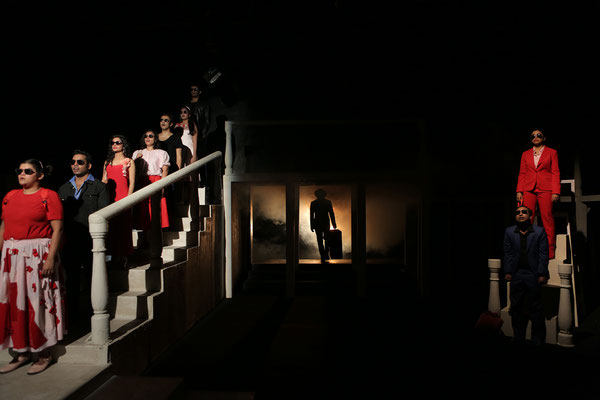 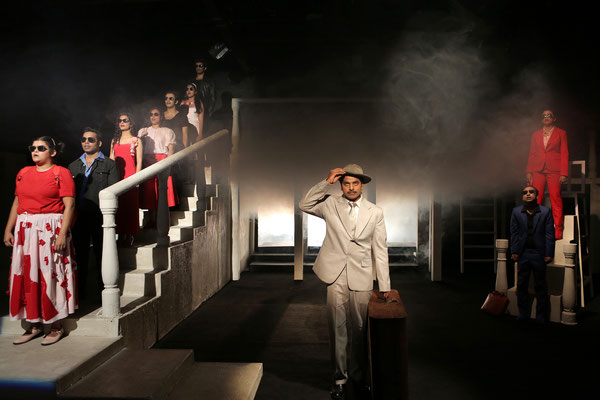 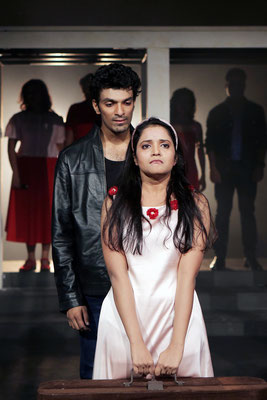 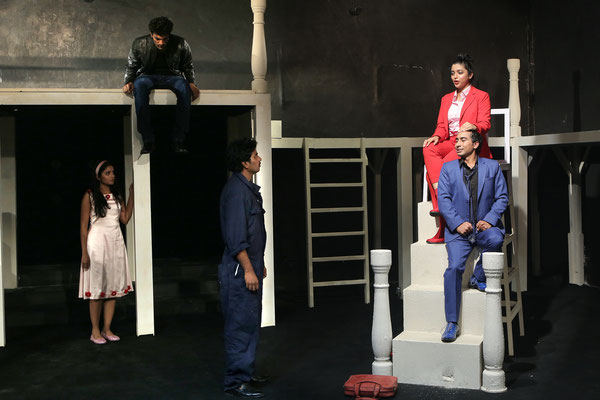 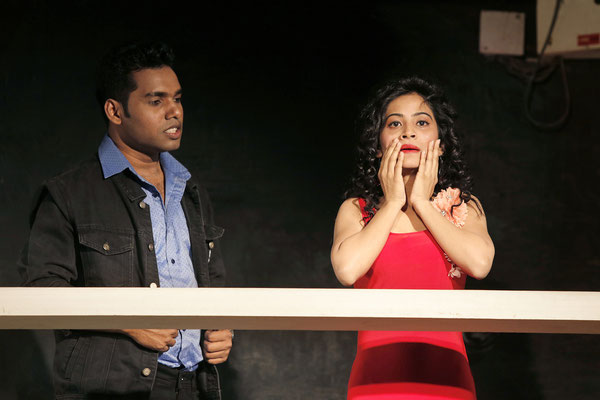 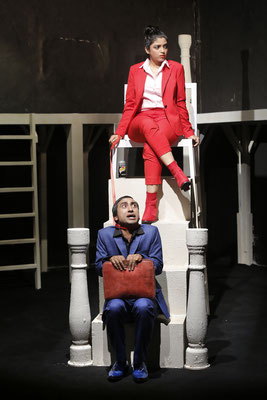 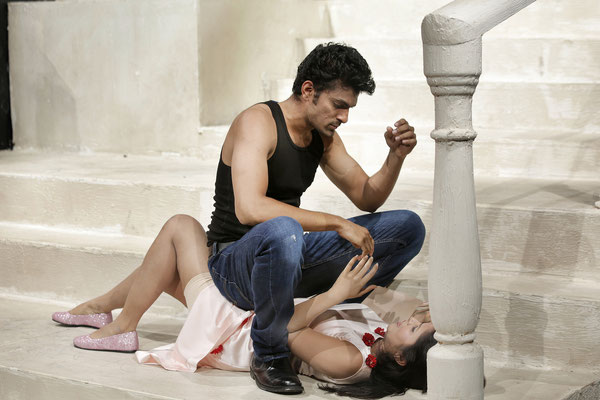 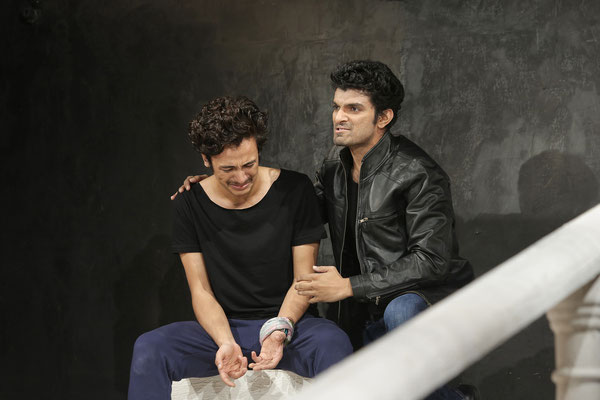 Thank You from Payal Pande: The director who just not comes only like a director. She becomes the teacher also. In this international production we got a perfect teacher. She has a bunch of talent. Fantastic actor, director, designer, and most important an amazing human being. During this four weeks production I got learn a lot from her in every possible way. Such a sorted director she is . We had very interesting sessions with her on acting. For which she gave us all individual timing for rehearsal with her and did great works on our individual character's archetype. Archetype is an ancient Greek term. Which helps you in making and developing your character. It is a very helpful and solid theory. During this process she wanted me to be her little princess and at the end she did it...She made me a cute little princess through and through. Thank you ma'am it was an unforgettable journey for me . Love You. Jacqueline Roussety mam.😍😍😍😍😍
PLAY- KATZELMAKER
WRITER- FASSBINDER
TRANSLATION- AMITABH SHRIVASTAV
DIRECTOR- JACQUELINE ROUSSETY
LIGHT-Anirban Banik
MUSIC- SANDY
CHOREOGRAPHY- Vikram M Mohan
COSTUME- PRATIMA PANDEY